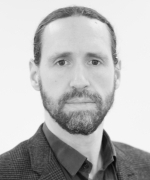 Patrick Sabourin holds a bachelor of electrical engineering and a master's degree in biology, both from McGill University (Montréal, Canada). He has recently submitted his PhD thesis in demography at the Institut national de la recherche scientifique (Montréal, Canada). His doctoral research has focused on population dynamics and on the projection of populations according to language and ethno-cultural characteristics. His research interests also include microsimulation, immigration and integration, as well as the application of projection techniques in solving problems of historical demography. Mr. Sabourin joined IIASA in 2016 as a member of the new JRC-IIASA Centre of Expertise on Population and Migration.