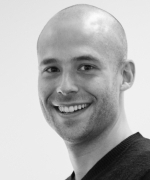 In his applied research, Roman studies the impacts of climate change and how populations respond and adapt to it. One pillar of his work is focused on the topic of climate migration. He is currently involved in several research projects that aim at enhancing the understanding of the complex mechanisms that shape environmentally induced migration processes by using innovative data and computational methods, such as meta-analysis and spatial modeling.

A second pillar of his work focusses on in-situ adaptation processes and resilience to environmental change, including research on the role of differential vulnerabilities to disasters and environmental impacts on health. He is co-leader of the Climate, Health and Population (CHAP) project funded by the City of Vienna. The project studies the impact of changing environmental conditions on population health in the metropolitan area of Vienna and forecasts future health challenges based on climate and population projections.

As final area of interest, Roman is working on issues of climate change mitigation. He is currently involved in different projects focusing on the determinants of pro-environmental decision-making and greener policies. In particular, he interested in the role of education for sustainable development and building resilient societies.

The Wittgenstein Centre aspires to be a world leader in the advancement of demographic methods and their application to the analysis of human capital and population dynamics. In assessing the effects of these forces on long-term human well-being, we combine scientific excellence in a multidisciplinary context with relevance to a global audience. It is a collaboration among the Department of Demography of the University of Vienna, the World Population Program of the International Institute for Applied Systems Analysis (IIASA) and the Vienna Institute of Demography of the Austrian Academy of Sciences (VID/ÖAW).