The Wittgenstein Centre for Demography and Global Human Capital is a collaboration among the Austrian Academy of Sciences (ÖAW), the International Institute for Applied Systems Analysis (IIASA) and the University of Vienna.

The Centre combines the partners’ strengths in the fields of demography, human capital formation and analysis of the returns to education. It builds on a highly successful collaboration that has already generated significant scientific advances. “Human capital” refers to the human resource base in terms of the number of people and their changing structure by age, gender, location, education, health status, cognitive skills and other relevant characteristics. Our intent is to provide a sound scientific foundation for decision-making at various levels. Scientific advice and guidance are ensured by its International Scientific Advisory Board.

The Wittgenstein Centre aspires to be a world leader in the advancement of demographic methods and their application to the analysis of human capital and population dynamics. In assessing the effects of these forces on long-term human well-being, we combine scientific excellence in a multidisciplinary context with relevance to a global audience. 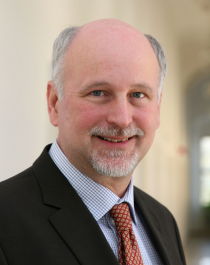 I founded the Wittgenstein Centre as the result of an exciting new vision that developed in my thinking over the past few years while working for the three pillar institutions: Use the enormous untapped power of multidimensional demographic methods to analyse and forecast broader socioeconomic changes that explicitly include models with more demographic characteristics in addition to the conventional age and sex characteristics. In particular, the theoretical and empirical analysis of changes in educational attainment (human capital) was seen as a promising direction.

Another unifying theoretical concept behind the establishment of the WIC is the model of “Demographic Metabolism”, originally introduced by Ryder (1965) and operationalized by Lutz (2013). This concept uses multi-dimensional demographic methods to analyse and project how societies change as a function of the changing composition of populations with respect to different relevant individual characteristics and with a special focus on generational replacement as well as persistence/change along cohort lines. It has also been called a demographic theory of socioeconomic change with predictive power (Lutz 2013) introducing a powerful analytical and predictive tool into the social sciences. Most applications so far refer to the changing composition of populations by level of educational attainment, but they also include religion, or the prevalence of a European identity in addition to national identity. Furthermore, labour force participation, health status, place of residence and other measurable characteristics of people can be captured and modelled using this multi-dimensional framework. The model can provide a unifying theoretical framework to which most of the research at the WIC contributes in one way or another.

This multi-dimensional approach also has immediate practical potential for dealing with key policy challenges of our rapidly changing world, along the way providing new and sometimes surprising answers to such questions as: What is the desirable level of fertility and how can it be measured and assessed? Will population ageing actually result in the often feared massive increase in disability? Can education help to slow cognitive ageing and what should be the priority investments for our ageing Western populations? What are the population and human capital futures in today’s developing countries and, in particular, what would be the best investments for enhancing the adaptive capacity for dealing with climate change? Researchers at the WIC deal with many such questions in an innovative way.

In addition to this joint vision, the foundation of the Centre also tried to bundle the existing strengths in the Vienna area in the field of demography to create the critical mass for a globally leading research centre.

The Centre was formally founded in January 2011 which was made possible by the 2010 Wittgenstein Award (FWF Z171-G11), the highest Austrian science award, which was explicitly dedicated to the creation of this collaborative Centre and also gave the Centre its name. From 2011-2019 the Vienna University of Economics and Business (WU) was the Centre's university pillar. Since October 2019, with Wolfgang Lutz becoming professor at the University of Vienna, his Alma Mater is the Centre's university pillar. "I am privileged to work with an enthusiastic, highly competent team of international researchers."

The Memorandum of Understanding between IIASA, OeAW and the University of Vienna was signed in November 2020.