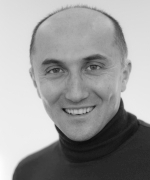 Dalkhat Ediev joined IIASA World Population (POP) Program in May 2013 and is working on Sergei Scherbov’s ERC project on population ageing, where he is developing mortality projection methods. Since 2005, he has been a researcher at the Vienna Institute of Demography, where his research interests include population change and projections, population ageing, formal demography, demographic methods and models. Dr. Ediev graduated from Moscow Institute of Physics and Technology in 1993, where he also obtained his PhD in 1999. In 2002, he was granted the Docent degree in mathematics by the Russian Highest Attestation Commission and in 2008, he was granted the degree of Doktor Nauk in Physical-Mathematical Sciences by the Russian Highest Attestation Commission.