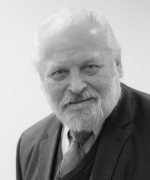 Richard Gisser is an Austrian demographer who held leading positions at his country’s statistical office until his retirement. He was also the long-time director, then deputy director, of the Vienna Institute of Demography at the Austrian Academy of Sciences.

Richard Gisser grew up in Lower Austria, finishing high school in 1957. He studied sociology and human geography at the University of Vienna where he received his Ph.D. in 1975 with a doctoral thesis on migration to Vienna. In 1976 he also passed the Staatsexamen in official statistics. After his studies he did research at the Austrian Institute for Spatial Planning (1964–1968) before changing to the Austrian statistical office (today’s Statistik Austria) in 1969 where he held a number of leading positions, such as director of the Population Statistics Department from 1985 to 2001, until his retirement in 2002. He continues to be a member of the Austrian Statistical Society where he organises the Demography working group. In addition, Gisser worked at the Austrian Institute for Demography (Institut für Demographie/IfD), as head of the department for Applied Demographic Research since 1977 and then director of this research unit of the Austrian Academy of Sciences (ÖAW) between 1987 and 2001 (with one brief pause). After the institute was restructured to form the Vienna Institute of Demography (VID) under the lead of Wolfgang Lutz, Gisser became deputy director (until 2017) and head of the research group on Demography of Austria, now together with Isabella Buber-Ennser. Since 2011, VID has been part of the Wittgenstein Centre for Demography and Global Human Capital—a research collaboration project whose other partners are IIASA (International Institute for Applied Systems Analysis) and WU/Vienna University of Economics and Business.

Gisser also held appointments with various population policy commissions of ÖAW and taught demography at the University of Vienna from 1988 to 2001. He was the long-time editor-in-chief of Statistische Nachrichten, the monthly bulletin of the Austrian statistical office, and has been on the editing boards of VID’s Vienna Yearbook of Population Research since 2003 and of Demografie/Prague since 2013. In the past decades, Gisser was a permanent delegate for the Austrian government at the European Population Committee of the Council of Europe in Strasbourg (1977–2005) and a partner in international research collaborations, taking part in international conferences on population development and as an invited expert on demographic and statistic topics. He has organised several international expert meetings and published in journals relevant to the field.

His main research topics are the historical demography of Austria, demographic and social statistics, trends and projections of population development as well as the resulting implications for policy measures.