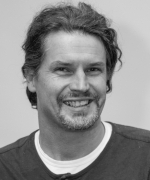 Michael Kuhn is the Program Director of the IIASA Economic Frontiers (EF) Program. He has been (co-)leader of the research group on population economics at the Wittgenstein Centre (IIASA,OEAW, University of Vienna) and Vienna Institute of Demography and is currently on leave. Having received a doctorate in economics from the University of Rostock, Germany, in 2001 he has since held positions at the Centre of Health Economics, University of York, UK (1999-2004; lectureship) and at the Max-Planck-Institute for Demographic Research / University of Rostock, Germany (2005-2008; junior professorship). His research interests lie in the area of health and population economics.