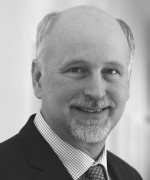 Lutz is one of the world's leading experts in the field of global population development and the interactions between demographic changes, society, the economy and the environment. He has published over 280 scientific articles, including 24 in Science, Nature and PNAS. He also wrote or edited 27 books. His most recent book reads 'Advanced Introduction to Demography' (E. Elgar, 2021), in which his approach of multi-dimensional demography is presented in particular with regard to the educational structure of populations.

He has won prestigious awards including the Wittgenstein Prize, two European Research Council (ERC) Advanced Grants, the Mattei Dogan award of the International Union for the Scientific Study of Population (IUSSP), and the Mindel C. Sheps Award of the Population Association of America (PAA). He received an honorary doctorate from Chulalongkorn University in Bangkok. He is a member of the Austrian Academy of Sciences, the German National Academy Leopoldina, the US National Academy of Sciences (NAS), the World Academy of Sciences (TWAS), the Finnish Society for Sciences and Letters, and the Academia Europea. He was also appointed by the UN Secretary-General to be one of the 15 members of the Independent Group of Scientists to produce the quadrennial Global Sustainable Development Report 2019.