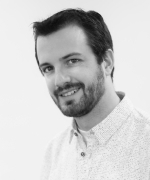 Guillaume Marois is an associate professor at the Asian Demographic Research Institute of the Shanghai University. He completed his PhD in demography at the National Institute for Scientific Research (Montreal) in 2014, and his master's degree in demography at the University of Montreal. He joined the IIASA World Population (POP) program at IIASA in 2016, to develop microsimulation models that allow for the projection of population under several socioeconomic dimensions.

His main research interests include demographic projections, microsimulation, human capital, labor force participation, immigration and internal mobility. Before joining IIASA, Dr. Marois was a postdoctoral researcher at the Institute of urbanism of the University of Montreal. From 2008 to 2012, he also worked as a research officer at the Quebec Statistical Institute.