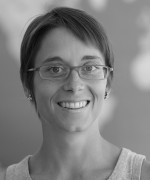 Michaela Potancoková is a demographer with research interests in multidimensional demography and population projections. She joined the World Population (POP) Program as a Research Scholar in June 2012 and returned to IIASA in January 2020, after having worked for three years for the European Commission’s Joint Research Centre in Ispra, Italy. Her current research focuses on migration, global human capital and population change as well as religious demography. She has worked on numerous research projects, including with the Pew Research Centre’s Forum on Religion & Public Life in Washington, D.C.

Dr. Potan?oková earned her PhD from the Charles University in Prague in 2009. During the doctoral studies, she took part in the 2004/2005 Winter Semester Program at the International Max Planck Research School for Demography in Rostock, Germany, and received an RTN stipend at the Population Research Centre at the University of Groningen in 2005. Prior to joining IIASA, Dr. Potan?oková worked as demographer in the Demographic Research Centre in Bratislava, Slovakia.