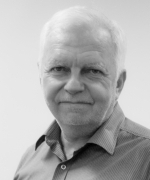 Sergei Scherbov is the Deputy Program Director of IIASA's World Population Program (POP), Director of Demographic Analysis at the Wittgenstein Centre for Demography and Global Human Capital (IIASA, VID/ÖAW, WU), and Leader of the Population Dynamics and Forecasting Research Group at the Vienna Institute of Demography (VID), Austrian Academy of Sciences. He is also Guest Professor at the Department Socioeconomics at the Vienna University of Economics and Business (WU), and Affiliated Professor at the College of Population Studies, Chulalongkorn University, Thailand.

Dr. Scherbov graduated from the Moscow Aviation University where he studied operation research and applied mathematics, and received his PhD in theory of systems, control theory and systems analysis from the Research Institute for Systems Studies of the USSR Academy of Sciences.

Since 1982 has been a frequent collaborator and Guest Research Scholar with the Population Program which he joined as a staff member in 1987. From 1991-2001 he was Researcher and Senior Lecturer at the University of Groningen, The Netherlands, teaching on Demographic Methods and Computer Based Demographic Analysis. He returned to IIASA in 2002 to work on issues related to demographic modeling.

Dr. Scherbov has given numerous intensive "hands on" courses in the field of Demographic Analysis and Computer Applications at many universities and statistical offices across the globe, many of which were organized by the United Nations Population Fund (UNFPA). In recent years, Dr. Scherbov also assisted a number of governments in defining and evaluating population policies.

His main current research interests are in population projections, new measures of aging, and analysis of aging that takes into consideration changing characteristics of people. Scherbov is author, co-author, or co-editor of several books and more than 150 articles published in professional journals, including six articles in "Science" and "Nature". In 2012, he received a prestigious Advanced Grant from the European Research Council (ERC) to study new measures of aging.