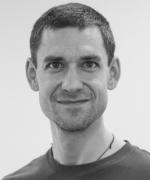 Stefan Wrzaczek joined the IIASA Economic Frontiers (EF) Program in 2021, to work on the mathematical formulation of recent economic problems (disruptive changes, COVID-19, health economics). He has been (co-)leading the Austrian Science Fund (FWF) stand-alone projects 'Changing market structures in intertemporal optimization' (2013-2015) and 'life-cycle behaviour in the face of large shocks to health' (2018-2021). He is co-leader of the working group on 'Optimal control and dynamic games' of the Austrian Society for Operations Research (OGOR). His research interests include: (i) applications of optimal control theory (in particular with respect to age-structure and switching systems), (ii) applications of differential game theory, (iii) health economics, and (iv) population dynamics.