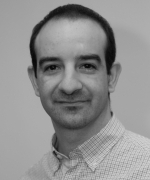 Miguel Sánchez-Romero obtained his Ph.D. in Economics from Universidad Autónoma de Madrid (Spain) in December 2006. He was a Fulbright postdoctoral researcher under the supervision of Prof. Dr. Ronald D. Lee at the Center on Economics and Demography of Ageing (CEDA) at University of California, Berkeley (2008-2010). Before joining the Wittgenstein Centre (IIASA, VID/ÖAW and WU), Vienna Institute of Demography/Austrian Academy of Science in 2014, he worked as research scientist at the Max Planck Institute for Demographic Research (MPIDR) in Rostock, Germany. Miguel's main research interest deals with the effect of the interaction between demographic changes and intergenerational transfers on economic growth. To perform his analysis, he develops theoretical models as well as computable general equilibrium models that incorporate realistic demography and public and private transfers based on National Transfer Accounts (NTA) data.